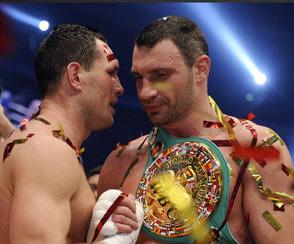 La vecchia maniera di vedere la cose nella boxe é quasi all'estinzione, noi siamo il futuro.....Coming Soon. Established in 2005 the European Boxing Federation is Great Britain and Europe’s largest Semi-professional and white collar boxing authority. Hosting and Officiating over 100 shows per year. The EBF provide a safe regulated platform for boxing shows across both semi-professional and white collar levels. The EBF were initially created to Bridge the void between Amateur Boxing (Controlled by the ABA`s) And Professional boxing (controlled by the British board of boxing control). The EBF give the opportunity of boxing competitively to everybody! Not just those who have boxed since they were young or box for a living. There are many people stuck in the void between amateur boxing and professional boxing: The Businessman/woman, who enjoys the aspects of boxing training, sparring, circuits etc. and would like to face an equally skilled opponent to test their newly required boxing skills, this format is referred to as White collar boxing. The Active Gym user who has a background in Martial Arts/Mixed Martial Arts or has boxed infrequently over the years. Again the EBF can provide a level standard opponent giving the opportunity to feel the thrill and excitement felt by some of the boxing greats. This level is referred to as Novice or Intermediate. The Ex-professional/Ex-amateur/Pre-professional. There are many reasons this group of people fight with the EBF: The ABA`s Deem that anybody over the age of 35 years are not able to box at amateur level and again if a boxer is not affiliated to an amateur club they are not able to box on the amateur circuit. Professional boxing is now a very shrewd business, so therefore if a boxer is no longer a useful commodity or money maker they are left “out of the loop” leaving them without fights and wages. A retired boxer looking to fight again now has the opportunity without facing a the boxing board and having to pay fee`s in excess of £1000 to re-license. As Professional boxing declines the opportunity for boxers is less therefore decreasing earning potential and taking away what is in fact a full time job for some fighters. Some of the Ex-professionals that have featured on our shows are: Robin “Grim Reaper” Reid – (Former WBC Super Middleweight Champion) Michael “The Manchester Mexican” Gomez – (Former WBU Super Featherweight Champion) “Terrible” Tim Witherspoon – (Former WBC Heavyweight Champion) Eric “Butterbean” Esch – (Former IBA & WAA Super Heavyweight Champion) Tony “TNT” Tucker – (Former IBF Heavyweight Champion) Mark “The Great White Shark” Potter Nigel “Raffo” Rafferty Andy Flute Chris P Bacon Dominic “Milky” Negus Ian “Super” Cooper Kenny Rainford Gary Mcauley Paul “The Geordie Giant” Fisk Dave “Boy” Clarke Gary Firby Plus many many more………. We also provide a bridge into the professional circuit if a fighter chooses that route. The EBF have had 11 fighters in the last three year move up into the pro ranks (Well done lads!) With over 100 shows per year we have many opportunities for all of these people to fight as many times as they want. The EBF currently have over 1100 registered boxers across Great Britain and Europe at varied levels of skill (white collar, Novice, Intermediate, and Semi-pro). At each of our show the EBF will maintain a safe, fully insured authorised environment. All fighters are weighed and fully checked by the official doctor or nurse prior to any fight. Every show has an onsite ambulance and paramedics as well as EBF Officials and EBF Referee. All matches are made prior to each event and are matched according to Weight, Experience, Record and Suitability. All fights are boxed over 3 x 2min rounds (not Championship bouts which are boxed at semi-pro level only). Fights are scored over a 10 point scoring system with standing 8 counts as safety is always priority. The final decision of each fight will be given by the referee. As of December 2010 all active boxers are now licensed with official EBF licenses recording all previous fight records, medical and personal details. The EBF is a great platform for everybody to gain access to the wonderful world of boxing. Whether you’re a spectator looking to attend one of our fantastic shows, a promoter looking to host a show, a sponsor looking to gain massive exposure or a fighter looking to experience the thrill of boxing while earning cash. Then get in touch via our contact us page or email ……………..